Quality Books With a Quality Service

We specialise in Horror, Fantasy, Science Fiction and Crime Fiction, but on our website you will also find a selection of children's books and books from other genres. We stock a wide selection of hardback and paperback books, both new and used, that are collectable, interesting, a jolly good read or in some cases, just plain difficult to find! Welcome to Jeff ‘n’ Joys Quality Books. 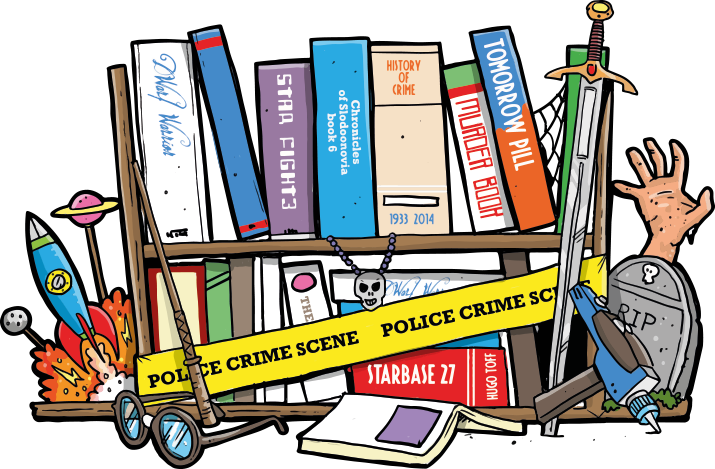 Our aim is to provide a high quality service. We want you to enjoy the whole book-buying experience when you purchase a book from us. All books are sent out in custom-made boxes – no padded envelopes here! Book prices do not include postage but we are always happy to quote for postage before you buy. See Terms of Sale for more information.

SYNOPSIS:  “Clarence Aaron Robbins (1888-1949), often credited as C.A. Robbins, but better known as Tod Robbins, was an American author of horror and mystery fiction. His posthumous and popular reputation is based on the short story ‘Spurs’ (1923), which Tod Browning used as the basis for Freaks (1932), a controversial film that suffered from censorship and bans, which developed a cult following.

This new selection of the curious work of Tod Robbins contains an insightful Introduction by Johnny Mains, who offers new information about an author who wrote for commercial markets, but also impressed discerning critics.

Want to know about new arrivals, offers and seasonal deals? Then sign up to our newsletter for regular updates.

Take Their Word For It

SHERLOCK HOLMES IS ALIVE AND WELL AND…

… lives in Middlesbrough!  How can this be?   To find out how, you have to inhabit the world of author, Melvyn Small… and I hope you will. One of our...// Continue Reading

LISTEN TO A GOOD BOOK!

LISTEN TO A GOOD BOOK! Normally we sell books and some magazines but every now and then we like to offer something different, so when we were approached by...// Continue Reading

IN CONVERSATION WITH GLYNN OWEN BARRASS

Way back in 2006 I listed a chapbook on eBay called A Cthulhu Mythos Bibliography and Checklist published by Rainfall Books edited by Glynn Barrass. I then...// Continue Reading